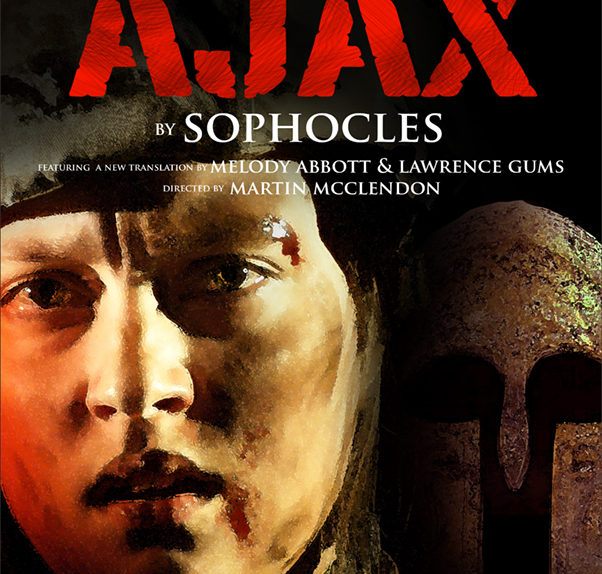 Carthage College Theatre presents a new translation of Sophocles’ Ajax. Still relevant today, this timeless tragedy follows the story of Ajax, hero warrior of the Trojan War, who is publicly humiliated when the armor of fallen hero Achilles is gifted to Odysseus instead of him. Ajax vows revenge on the generals who have dishonored him, but is tricked by the goddess Athena into thinking a flock of sheep is actually a group of his enemies, whom he slaughters. Coming to his senses, Ajax is humiliated by his actions and teeters on the verge of suicide. Will he take his own life, or can his wife Tekmessa and his own soldiers convince him to stay alive?

We hope you’ll join us to discuss the ideas and themes of the play at the post-performance talkback with Director Martin McClendon and the cast. This show is a new translation/adaptation by Carthage classics major and combat veteran Lawrence Gums and classics major/theatre minor Melody Abbott.

Sponsored by The Veteran Print Project, Dane Arts, and the Madison Arts Commission. Special thanks to Arts Wisconsin for fiscal receiver services.