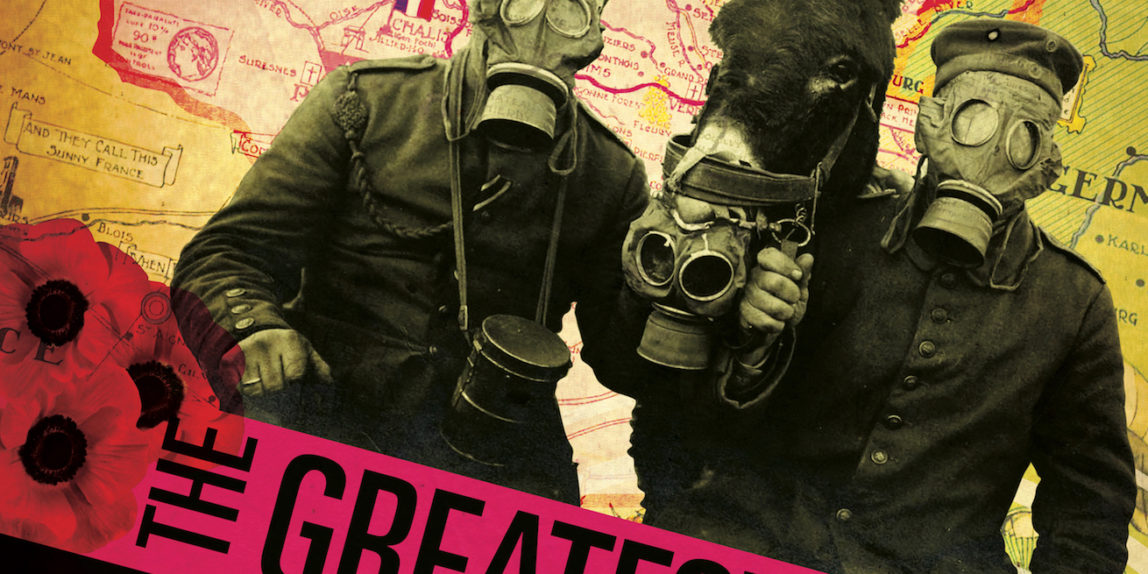 WORLD WAR ONE, WISCONSIN, AND WHY IT STILL MATTERS

MADISON, WI – 100 years on, the stage lights fade up on a huddled, group of men (The Kissers) who begin playing rumbling, percussive music that grows louder and builds into a frantic urgency of drumming and clashing harmonies.

And then all at once it stops.  Chimes ring eleven times. On the screen behind them an 1918 image of the Stevens Point Daily Herald headline appears: “Truce Signed at Midnight.” Onstage a narrator reads how Wisconsin soldiers told it in their letters home: after four years and millions dead there is an Armistice – the great war is over.

But what was this war, how did it impact people, and do we underestimate how it has affected us? To start to understand that the audience has begun situated in the war torn world of 1918. But from there they will travel further back in time to get a glimpse of what WWI looked and felt like to Wisconsinites who at first were passive observers, but later became active participants. Carried by the words, the images, and the music of the Kissers and other musicians, they will get to cast this all forward, to reflect on what the war might mean to us in the present day.

Presenting new music inspired by the First World War, this rock ‘n’ roll history show will explore the conflict and the effect it has had on Wisconsinites then and now.

Featuring The Kissers with special guests Sean Michael Dargan, November Criminals, and The Viper and his Famous Orchestra